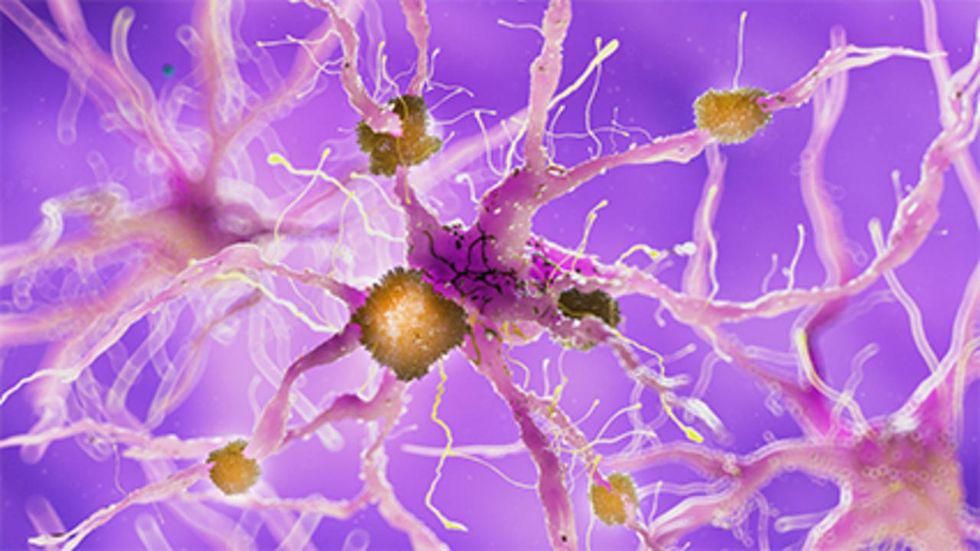 An experimental Alzheimer's vaccine appears to safely clear abnormal tau protein from the brain, but it's not yet clear whether the shot will be able to save brain function.

In a Phase 2 clinical trial, the vaccine produced high levels of antibodies to target and attack free-floating tau proteins before they can form "tau tangles" that clog neurons and damage brain function. Tau tangles, along with plaques formed by the protein amyloid-beta, serve as one of the main hallmarks of Alzheimer's.

"While amyloid influences speed of Alzheimer's progression, there is strong evidence that tau pathology relates to the underlying cause of the disease," said lead researcher Dr. Petr Novak, a senior clinical research scientist at AXON Neuroscience, the Slovakian pharmaceutical company developing the vaccine. "Brain atrophy and cognitive loss closely echo the deposition of pathological tau protein, as evidenced by recent tau PET studies."

The vaccine also proved safe during the two-year trial, in which eleven doses were administered to randomly chosen patients with mild dementia. People who received the vaccine, known as AADvac1, experienced about the same numbers of side effects and adverse events as those who were given a placebo.

However, the study did not produce any significant benefits when it came to thinking, reasoning and memory tests performed across the entire patient group -- possibly because there were too few people with clinically diagnosed Alzheimer's participating in the trial.

During analysis of the clinical trial data, the researchers realized that about a third of the participants had low levels of abnormal tau protein, "which makes them not very suitable for evaluating the effects of a treatment halting the progression of tau pathology."

Novak noted that the research team did see some improvement in standard brain function tests given to a smaller group of trial participants who had actually been diagnosed with Alzheimer's.

In that group, the vaccine slowed brain decline by around 30% in two different clinical and functional tests, Novak said.

AXON is planning a follow-up trial that will include a better-defined group of Alzheimer's patients suffering from both amyloid plaques and tau tangles, Novak said.

If the results from that trial are positive, the company might apply to the U.S. Food and Drug Administration for the same accelerated approval pathway recently used to bring the controversial Alzheimer's drug aducanumab to market, Novak said.

In the current trial, a total of 196 patients were randomly chosen to receive either the vaccine or a placebo.

Nearly all patients who got the vaccine developed antibodies designed to head off the spread of abnormal tau while leaving healthy tau proteins intact, Novak said.

The vaccine significantly reduced -- by 58% -- the accumulation of neurofilament light chain in the blood. This is an important biomarker of neurodegenerative diseases, Novak said -- damaged nerve cells release the substance, which leaks into the blood.

The findings were published June 14 in the journal Nature Aging.

There's still hope for this approach to treating Alzheimer's disease despite the somewhat mixed results from this trial, said Rebecca Edelmayer, senior director of scientific engagement at the Alzheimer's Association.

"When they do design their phase 3, they're going to need to be better about that part of the study design, and really focus on enrolling individuals that have the right biomarkers to be able to look at not only the safety and tolerability but also the efficacy on cognition and function," Edelmayer said.

The vaccine approach is promising because using the body's immune system to fight Alzheimer's would sidestep one of the problems in developing a drug to treat the disease -- namely that it's difficult to design medications that can easily enter the brain and attack a specific target, Edelmayer explained.

Through booster doses given every three months, the vaccine is "training your body over time how to react to the pathological tau," Edelmayer said. "You will likely need additional shots of this particular therapeutic to keep it as productive as possible in targeting that tau."

The Alzheimer's Association has more about tau protein.

Unsung Heroes of the Pandemic: Dogs

Recall Expanded to Include 2 Million Pounds of Meat

COVID Vaccines Offer Only Some Protection for People With My...

Republicans Are Officially The Enemies Of Democracy After Bl...

Schumer Vows To Use Every Option To Pass Voting And Tells Re...